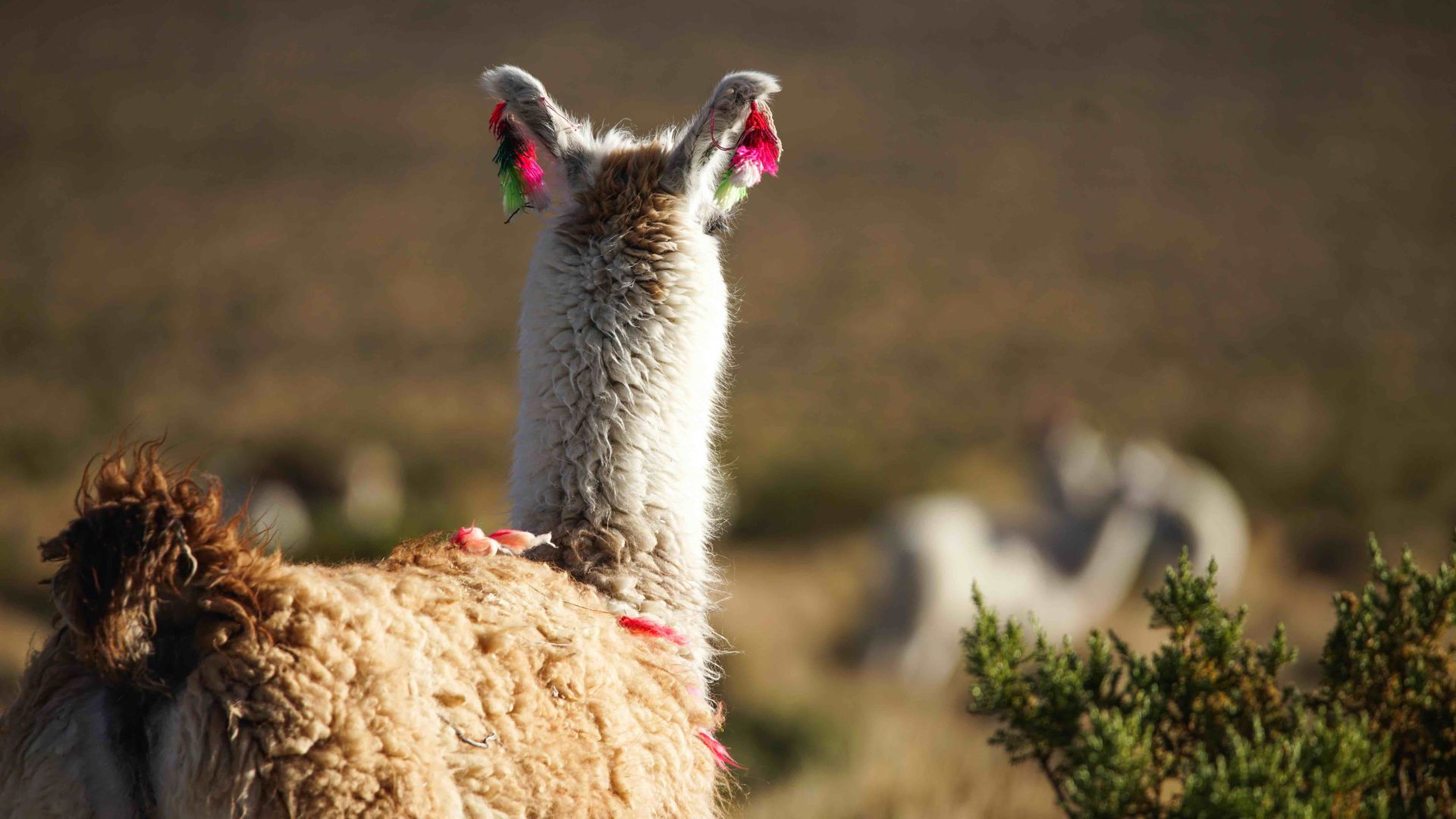 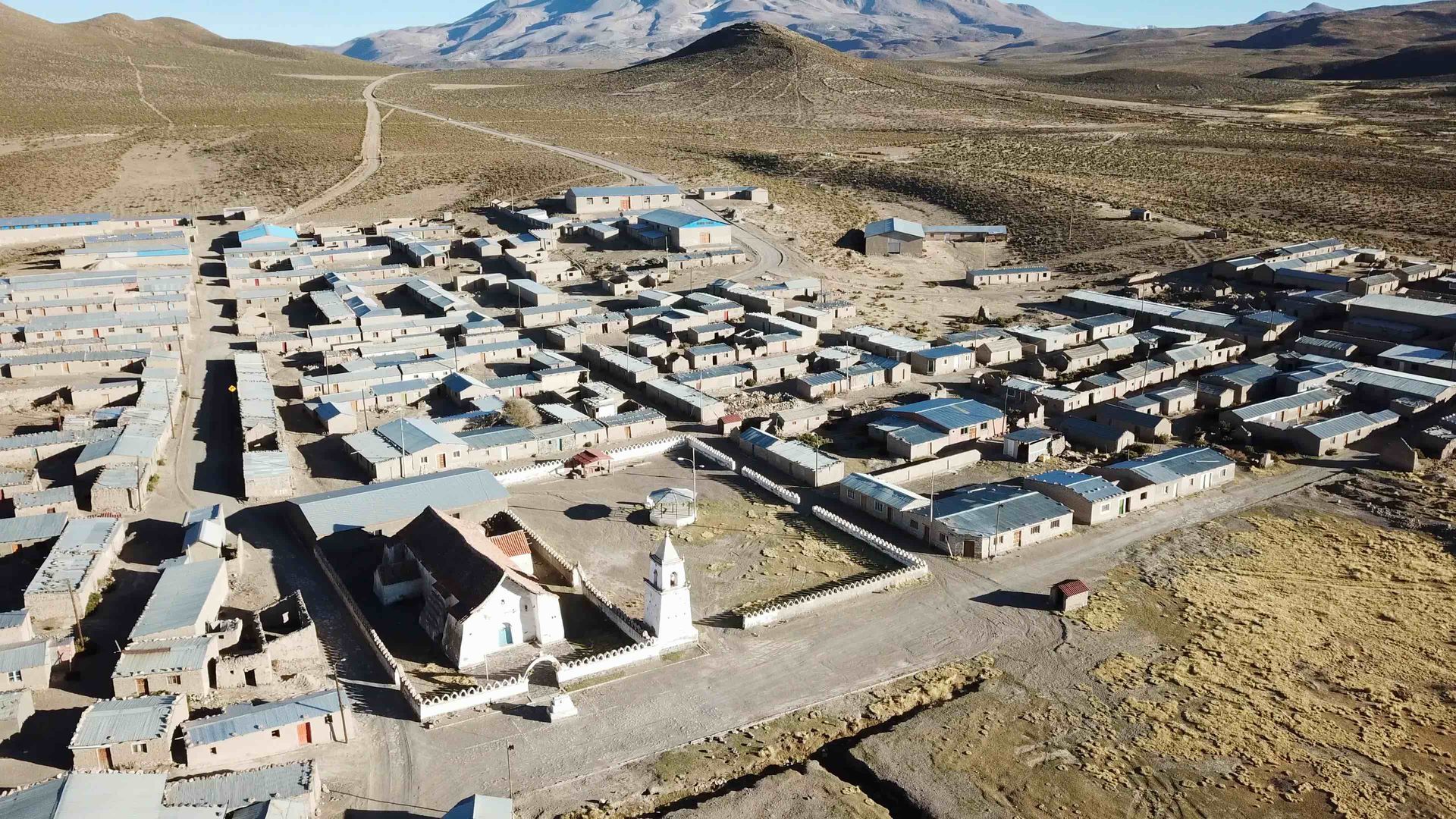 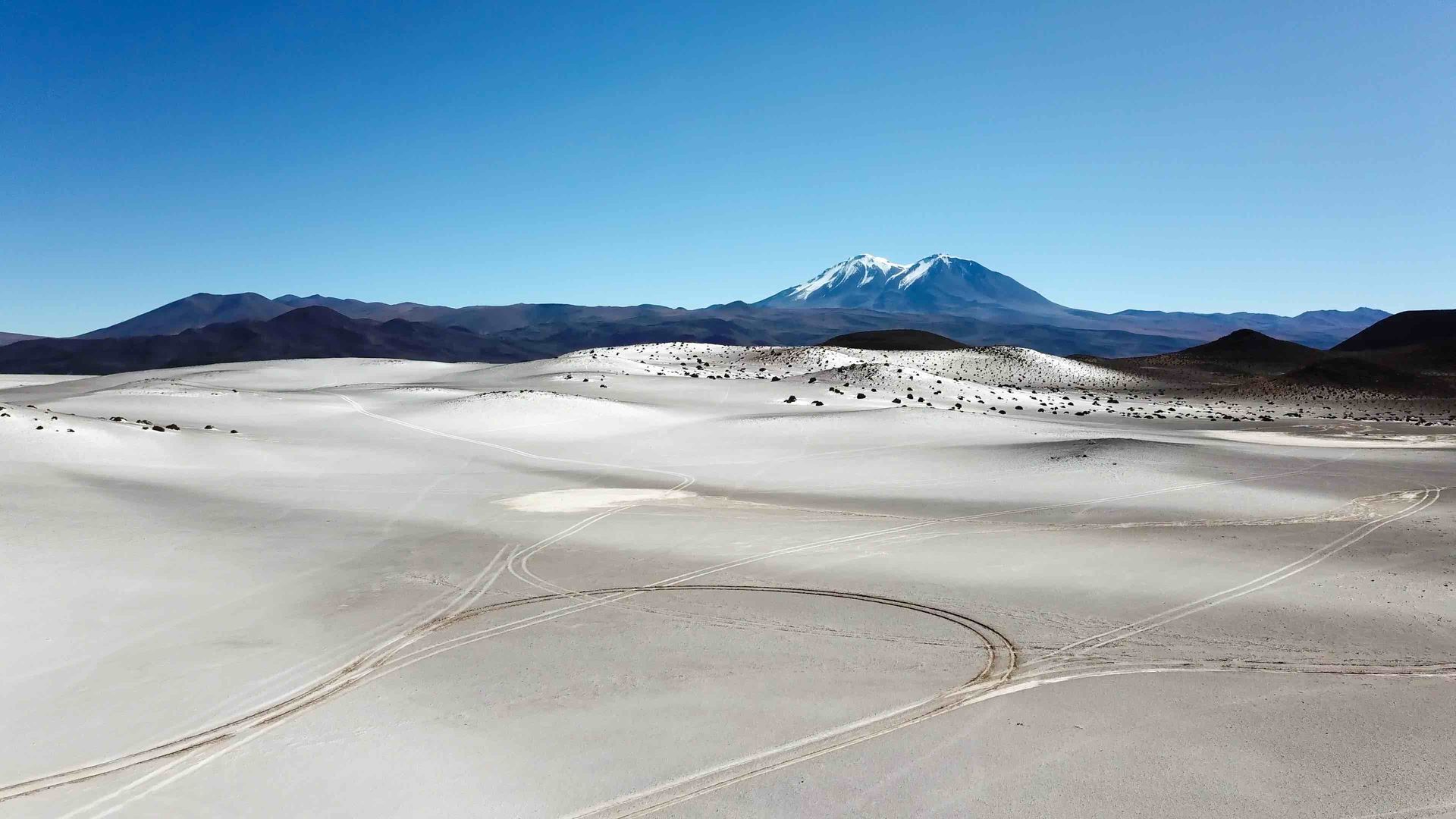 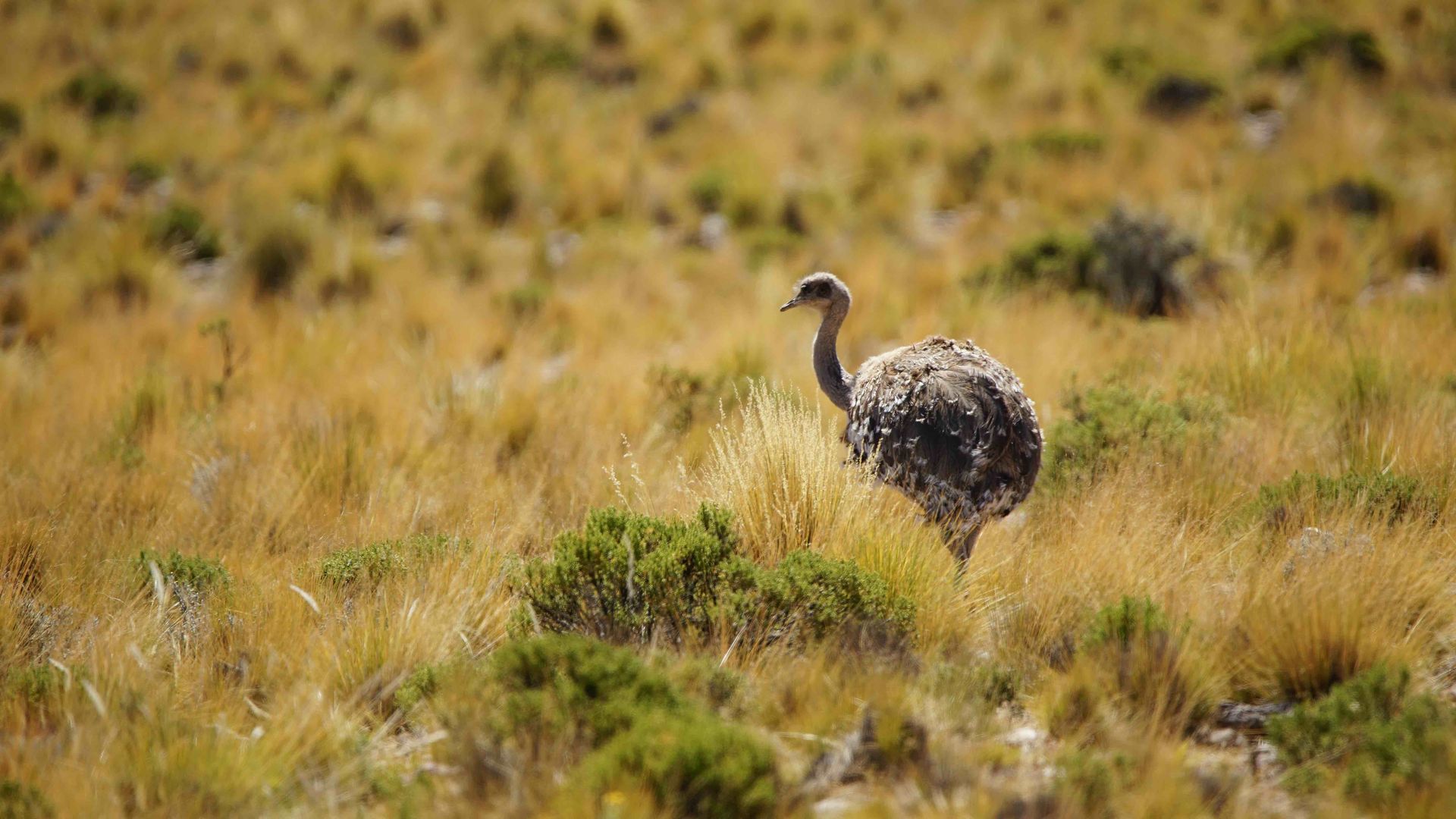 Breakfast at the Salar de Ascotan also called Salar de Cebollar, its drainage basin, 1,455 km2, is shared with Bolivia. This salt plain is a popular breeding ground for Andean flamingos, which are very numerous in these food-rich waters, it is also home to llamas and a few vicuñas. We will follow the cordillera between the Bolivian border and the old railway in a completely desert universe to discover the Altiplano. One can only be dazzled by so much grandeur and majesty. We will then approach the Salar de Coposa, at the foot of Irruputuncu.. 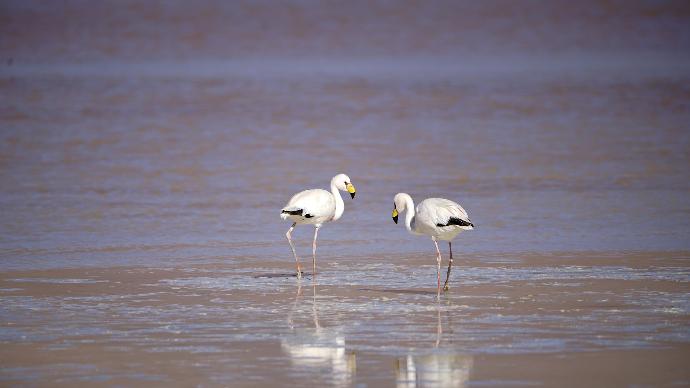 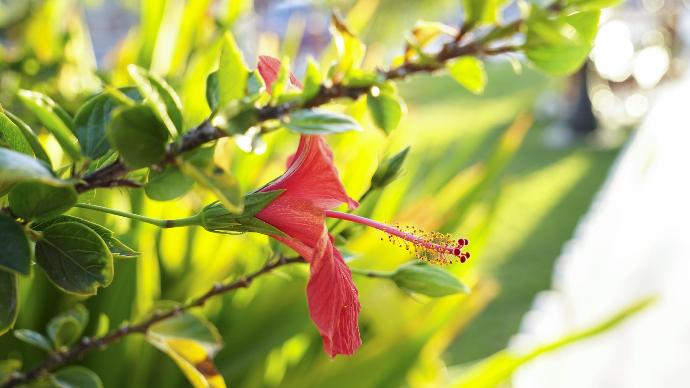 Arrival at Pica 1800 m, for a fruity and gastronomic stopover, in an oasis with colorful scents. Pica (or fleur de sable), a small peaceful village, which seems isolated in the Tarapaca desert, specializes in natural fruit juices and has many natural swimming pools! It enjoys lush vegetation, there is an abundance of mangoes, guavas, grapefruits and the very famous Pica lemon.

Discovery of the ghost town of Humberstone: the most significant vestige of the mining industry. Walk through the alleys, its theatre, swimming pool, market and its church. Built in 1872, thanks to the income from the saltpetre industry, Humberstone was the symbol of Chile's prosperous era and saw thousands of workers pass by, attracted by the promise of a better life. At its peak, the village had 3,700 inhabitants, it was abandoned in 1960 due to the decline of its industry, which had a social impact with serious consequences (the beginnings of the struggles for social justice). Listed in 2005 by UNESCO, the ghost town of Humberstone is now open to tourism.

Santa Laura: Located 2 km from Humberstone, also experienced saltpetre. There is not much left of its past, since its buildings were destroyed or sold, only its imposing ovens remain visible from the road.. 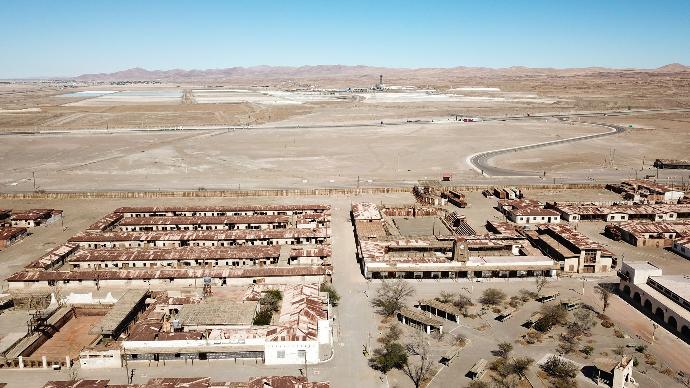 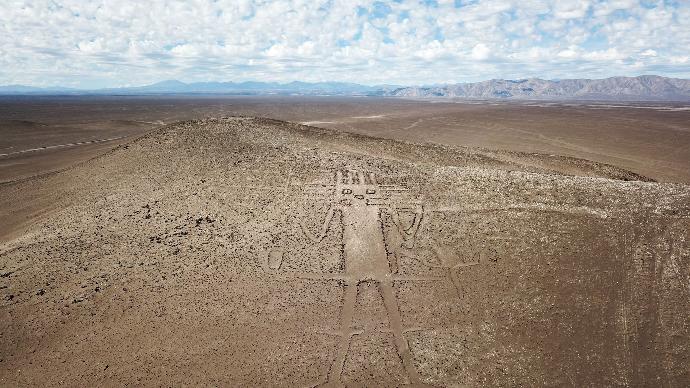 SUNSET AT THE TARAPACA GIANT :

Giant fresco of 86 m that we observe in the golden and copper tones of the sunset. This huge anthropomorphic geoglyph located on the side of Cerro Unita (1245 m) is visible from the ground unlike the large figures of Nazca. It is on the route of the Inca Trail regularly used for transhumance. Multiple questions and hypotheses have been raised, to understand its reason for being, the most convincing leads us to think that it could represent a Shaman (Yatiri) or the Andean deity Tunupa-Tarapaca, who made the trip from Lake Titicaca to the Pacific Ocean.

Breakfast followed by a panoramic stopover at the Pica viewpoint (1800 m). We then head towards the Salar de Huasco, a nature sanctuary in Chile. It is made up of a large wetland fed by underground saline aquifers and is home to a great biodiversity: pink flamingos, but also ducks, vicuñas and rheas. All come to drink its brackish waters. This salar is on the list of sites protected by the Ramsa Convention. 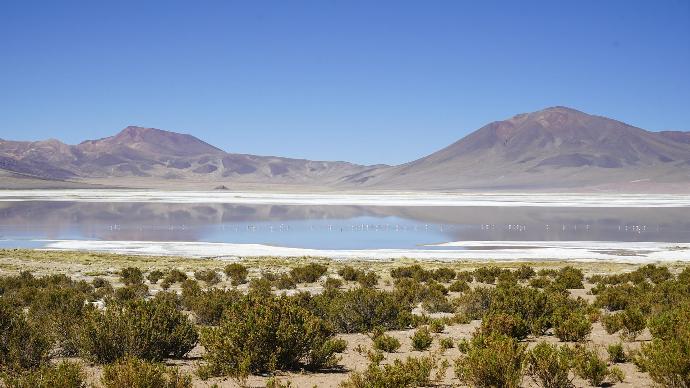 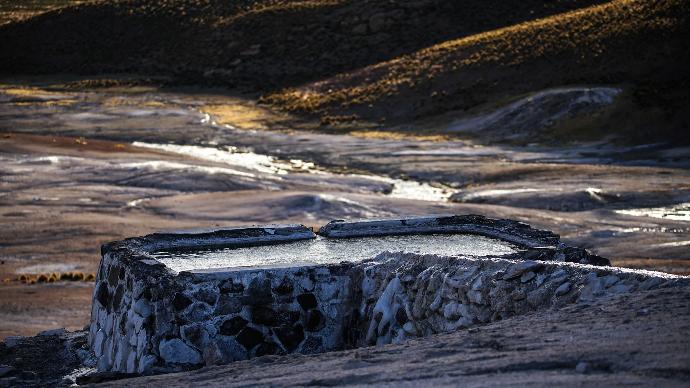 We continue with a relaxing break at the Thermes de Lirima, passing through the Sillajhuay pass (5100 m). The temperature of these thermal waters varies between 25º and 30ºC throughout the year. They have medicinal properties that can alleviate rheumatism and stress. Lunch in the desert.

A pretty village bordered by large cacti, renowned for centuries for its fabrics and the dexterity of its craftsmen. Coming from the Aymara Indian community, the village lives mainly from agriculture and crafts. Nothing seems to disturb the tranquility of Cariquima, except perhaps the few llamas grazing ! 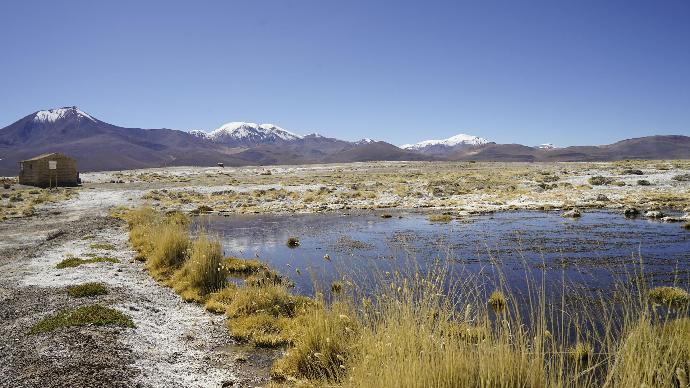 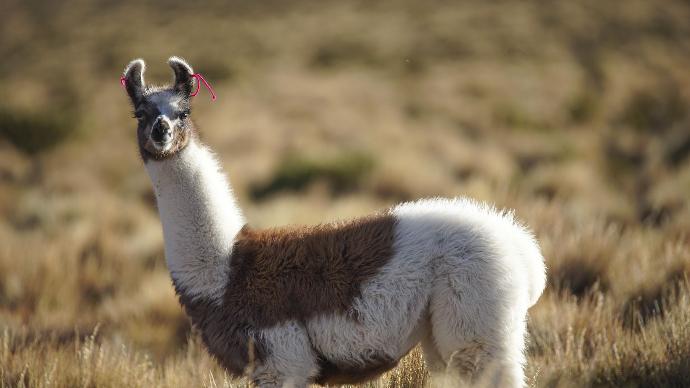 The site has about ten fumaroles from small geysers, but it is a huge jet that has made it famous. Powerful, about 3 meters high, it overlooks mini glaciers made up of an accumulation of small droplets pushed and grouped by the wind at the foot of the source..

Small village full of charm in the Chilean Altiplano, (4,200 m). It owes its name to the Isluga volcano (5,550 m) which is nearby. This village is particularly famous for its authenticity, its church dating from the 17th century, and its important carnival which takes place in December, putting the whole village in festive mode. We will then visit Enquelga: its 17th century church and its thermal baths.

Enquelga is made up of 90 houses belonging to a traditional Andean community. The inhabitants live there from agriculture: potatoes, quinoa, livestock: llamas and alpacas, tourism and textile crafts. 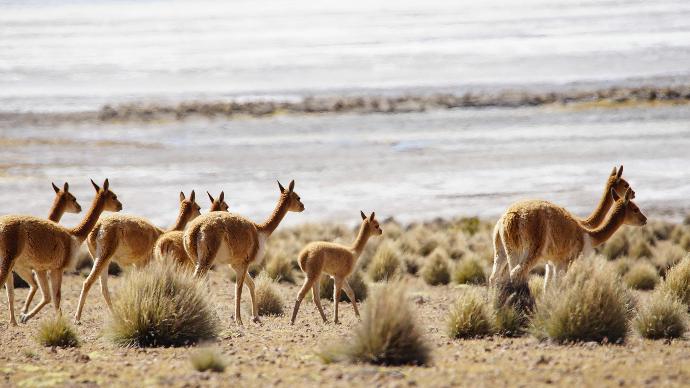 We will then head towards the Salar de Surire (4,245 m). Nestled and serene, this splendid salt lagoon where many animal species coexist offers itself to the gaze. Its turquoise waters which emerge from a sheet of white sand, form a picture of striking beauty. The Salar de Surire takes its name from the presence of rhea, a kind of ostrich, called "suri". On the north shore, the Chileans exploit the salt and extract borax, a mineral used for the decoration of porcelain, the manufacture of fertilizers, soaps and insecticides. This nature reserve boasts an impressive population of Andean, Chilean and James flamingos and colonies of rheas, vicuñas and other guanacos. The Salar de Surire is a National Natural Monument.

Picnic at Polloquere: nothing disturbs the serenity of this heavenly place which is in the middle of nowhere. You will enjoy the incredible hot springs, at an altitude of more than 4,000 m, their medicinal virtues and the vitality they transmit. The temperature of these thermal baths varies according to the places. Be careful, it can reach 60°C! Short stopover at the Pollocherre watchtower to observe the salar while gaining height, and we continue with the village of Guallatire. 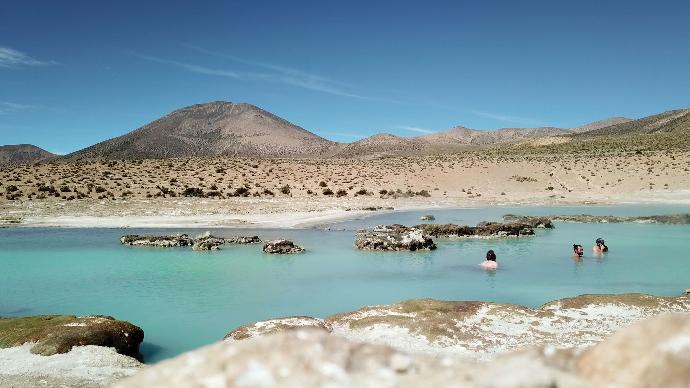 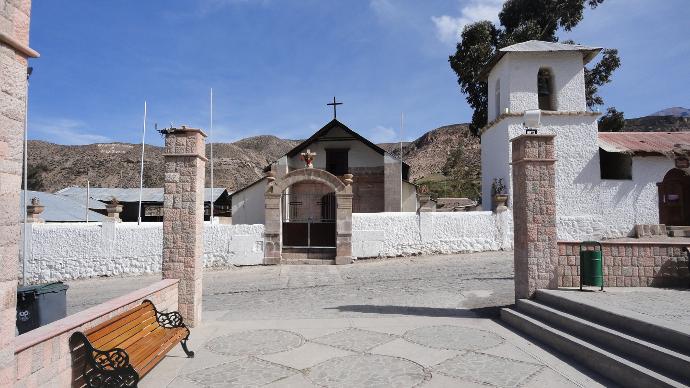 Walk in the town of pre-Hispanic origin and its postcard decor. Lurking at the foot of the volcanoes, this picturesque Andean village bears witness to the colonial era. It has many advantages, in particular: its stone buildings, its cobbled streets, its wrought iron gates, its 17th century church, its Place d'Armes in the center of the village, its terraced crops, its cacti and its panoramas. Sunset and night in Putre (Terraza or Chacana).

Superb village in the cordillera classified as a historical monument. Located at an altitude of 4,392 m, its inhabitants live mainly from breeding and crafts and from the weaving of alpaca wool, among other things. Some of its stone and clay houses are still topped with traditional roofs made from « paja brava ».

.The church, built in 1789, all shrouded in white is a pure masterpiece. It is surrounded by a wall decorated with divine representations and contains, inside, superb frescoes but also a Christ tortured by the Spaniards. It is undoubtedly one of the most interesting churches in northern Chile. 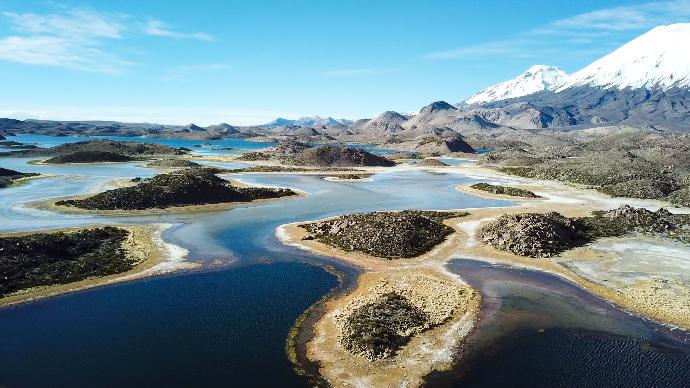 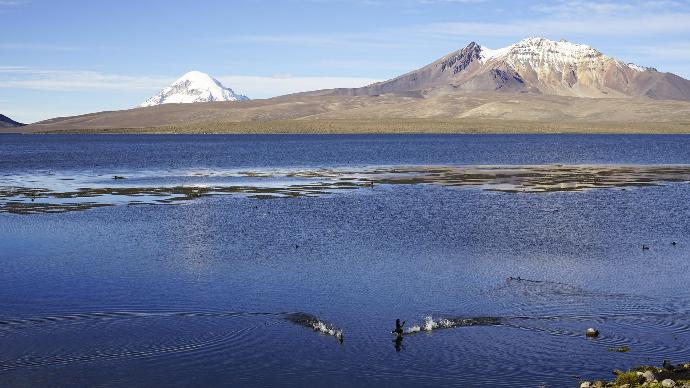 This lake, in which the Parinacota volcano is reflected, serves as a watering hole for pink flamingos and other animals in the region. Its high altitude, 4,570 m (one of the highest in the world), allows a panoramic view of the contrasting and always intense blues of the surrounding lagoons, the emerald green of the swamps and the immaculate white of the snow-capped peaks..

Departure towards Arica, the last stop of the day.

Arica : night stay at the Apacheta hotel, located by the sea.

Morning : breakfast with sea view, then departure towards :

A closed oasis, surrounded by hills, where there is a constant temperature conducive to the cultivation of fruits, vegetables and especially olives. Visit of the archaeological museum of San Miguel de Azapa which exhibits a collection of the oldest mummies in the world. If the mummies are the jewel of this museum, you can also admire the petroglyphs and objects that belonged to the Chinchorro, Tiwanaku and Inca cultures.. 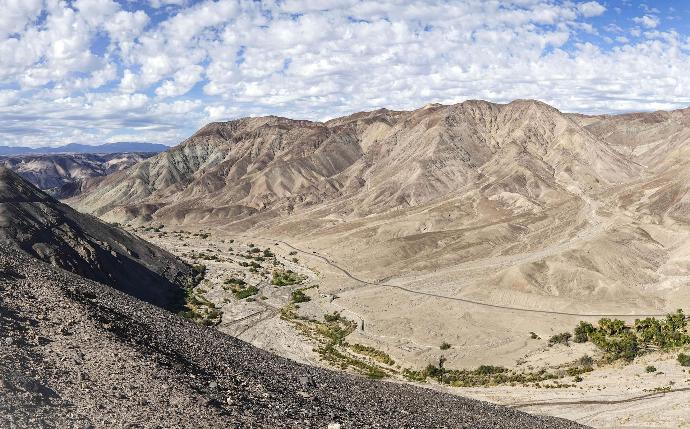